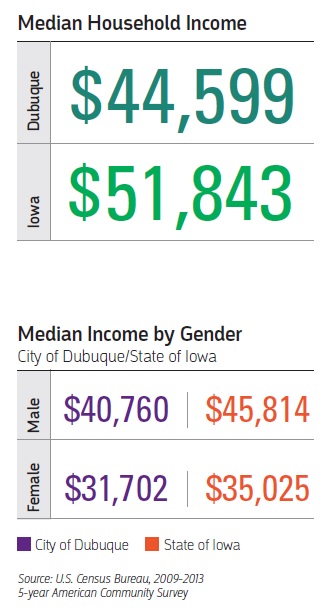 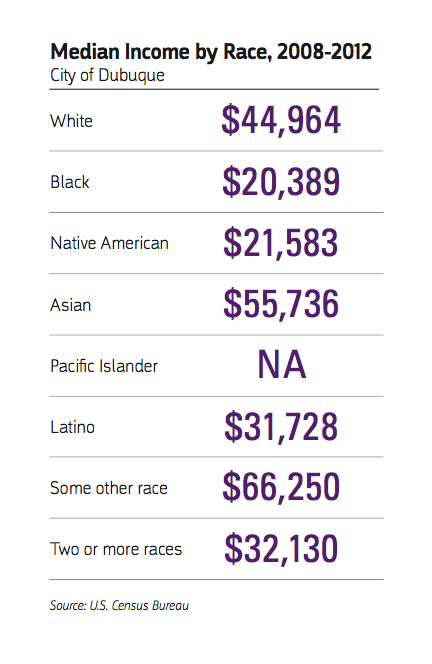 According to the U.S. Census, the median household income for the City of Dubuque is $44,599, which is over $7,000 less than the median income for the state of Iowa. Data from the U.S. Census also shows a disparity of $9,058 in median income between men and women in Dubuque. It’s important, however, to look at the disparity between men and women who have the same educational attainment. When males and females have the same educational levels in Dubuque, males received higher wages than females at all levels. For example, the median salary for a male with a bachelor’s degree is $46,522, whereas a female’s is $35,561.